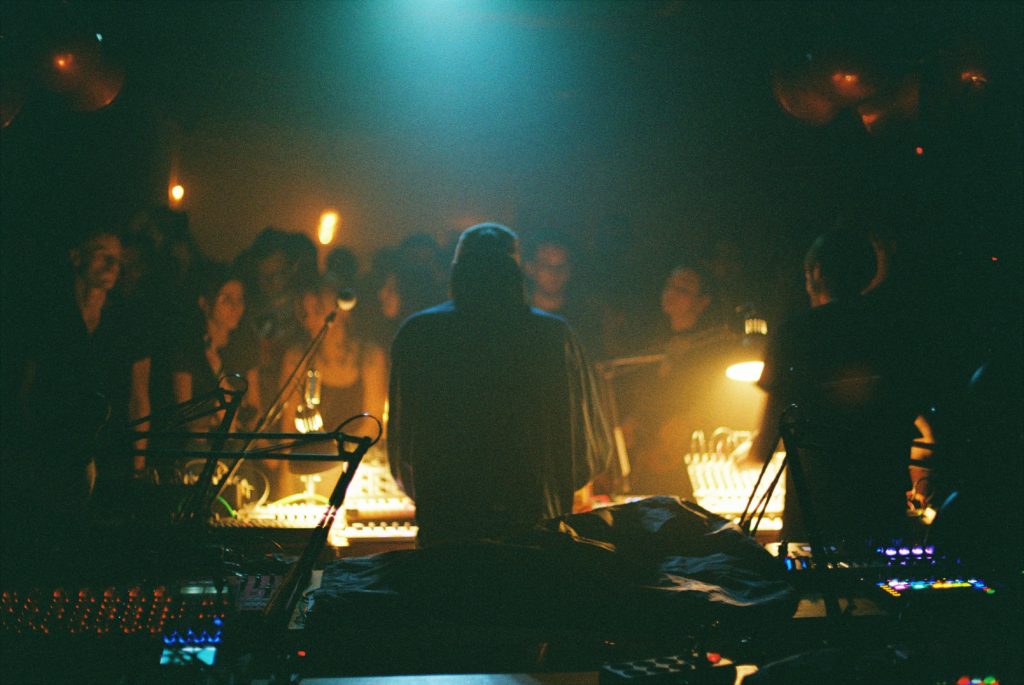 Buck the Hype, There’s a New Way to Engross Yourself in Underground Music

In an era of algorithms, repetitive radio and musical peacocking, the ability to unplug ourselves from the mainstream matrix of music seems more impossible than it’s ever been. When streaming apps like Spotify, Apple and Tidal give us the luxury of ease of access and fast food music, it can be hard to take ourselves out our comfort zones. With the over-saturation of the musical market, relationships with music have changed. What used to be mainly meaningful connections to songs has morphed into a hodgepodge of relevancy, quick come ups and in the moment feels that make it hard to find genuine underground scenes. When trying to find new underground scenes the laborious task of crate digging in a record shop or delving into the depths of YouTube or SoundCloud to find that 100 view song can be daunting. Luckily there is a much easier way to immerse yourself in the underground.

An important part of engaging in an underground scene is to know what new bands are playing where. Apps like Dice and the RA Guide allow their users to get a full spectrum of local and national events. More band and artist orientated, Dice allows you to see what acts are playing in your area for the cheapest prices. With a wide range of venues supported including festivals, the app accommodates for the casual listener as well as the most hardcore, although the opportunity to sync Spotify or Apple Music to the app helps reflect the user’s musical taste more accurately.

An added waiting list feature also gives people the chance to get in on last-minute cancellations for fair prices. RA Guide acts as a more focused take on events, mainly the electronically orientated. Categorised into popular, new and for you, the app gives extensive insight into the number of electronic events happening across the country based on your location. From heavyweight venues like Fabric, Printworks and The Steelyard to smaller places like The Brudenell Social Club in Leeds or Indigo in Manchester, the guide priorities event promotion over flashy aesthetics with its straight to the point interface. The app is also integrated into their site, Resident Advisor, allowing for a quick sale and buying of tickets.

Another great part of underground culture is the freeness and cheapness of it. Whether you want to directly download music from apps like Datpiff and AudioMack or pay smaller/more appropriate amounts to artists on sites like Bandcamp there doesn’t need to be massive financial repercussions to music enjoyment. These outlets also allow you to operate outside of the influence that is normally put upon you by mainstream media.

A more direct artist to fan relationship can be easily established. Though apps like twitter offer these direct relationships, involving yourself in Reddit forums or discussion pages allow you to be involved with the most passionate fans whose fervour and dedication will have new underground music repeatedly delivered to you before anyone else has a chance to clock on. Taking the relationship further, apps like MailChimp operate in a more business-like way. By compiling mailing lists for artists, you can receive press releases as well new tracks a day or two early from the artist themselves. Simple and effective, the app cuts the middle manning publications offer. This app also proves massively useful for DJs.

For those who prefer mixes over traditional projects, the behemoth of a station app, Radio Cult, gives you the ability to listen to any station live on the go as well as track when shows will be scheduled through the week. From Rinse to Represent FM, the Rusko founded app is at the forefront of inclusivity. With a chat feature and chance to favourite stations, the app feels more like a community than a tool with it being a must-have for radio gremlins.

Though music social media apps have been tested and run before, for example, the now defunct cymbal, the wide range of apps that exist for underground usage guarantee more immersive musical experiences than most social media available. In a system designed to feed you hot takes and sugary earworms why not put yourself on a more substantial diet.