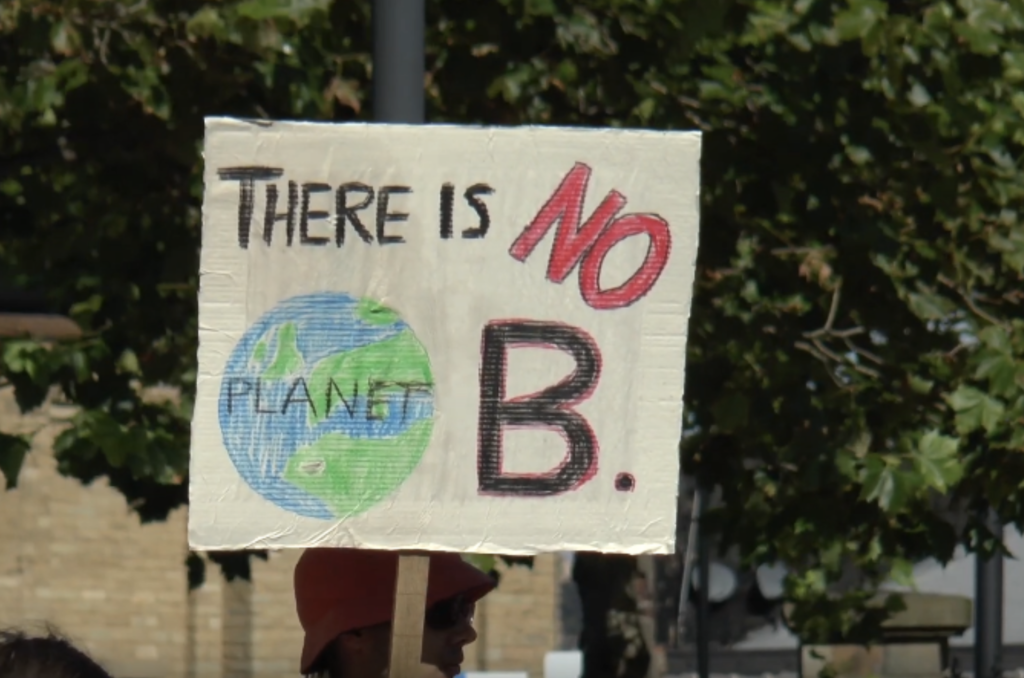 Climate Question Time to be Hosted at Huddersfield Mission

Huddersfield Friends of the Earth are hosting a Climate Question Time at Huddersfield Mission from 4:30-6:00 pm on Friday 6th of December.

The event is free and is open to the public to hear from prospective MP’s on their parties’ plans to tackle the climate change emergency, a notion that has been exacerbated by mass environment protests nation-wide.

If you register, you will be able to ask questions regarding climate change that may be forwarded to the party-political candidates.

On November 28th 2019, the European Parliament declared a climate change emergency. Of which 28 EU state members are to implement measures to mitigate climate change and to commit to net-zero greenhouse gas emissions by 2050.

The event aims to open a dialogue between government bodies and the public, encouraging politicians to step forward and intervene – fighting the climate change epidemic and urging people to make more environmentally friendly choices.

Confirmed candidates at the event include:

Friends of the Earth are an international community dedicated to the protection of the natural world and the well-being of everyone in it.

Huddersfield Friends of the Earth aims to take positive action on climate change and a range of environmental issues both locally and nationally.

“We want to give a voice to young people in Kirklees who don’t get to vote on 12th December but have more to lose from weak action leading to runaway climate change, so we will be prioritising questions from those who are under 18”.

Lesley Hawthorn, coordinator of Huddersfield Friends of the Earth said:

“As we have seen from the recent Global Youth Strikes for Climate, concern about the climate emergency is growing ever stronger. The aim of the hustings is for candidates to set out their position on the climate and biodiversity crisis and for young people to be able to ask them directly about issues that concern them”.

“Real leadership from a local MP comes through action, not words, and that’s why we want the government to stop climate-wrecking plans for more roads, runways and all fossil fuels extraction and instead put carbon-cutting at the heart of all government policy”.

“We have a short window of opportunity left to avoid total climate breakdown.  But we also know that politicians won’t put climate at the top of their agenda unless they know how important it is to voters”.

Places are limited, sign up to the Climate Change Question Time via Eventbrite for a free ticket: https://www.eventbrite.com/e/climate-question-time-huddersfield-registration-83710904569

Iby Shared with us the importance of the education and remembrance of those events over 75 years ago. We also take a look at the new Exhibition at 'Through Our Eyes' from the HSFA, now open at the University of Huddersfield.

A special thanks to Iby Knill and the HSFA, as well as Faith PR and the University of Huddersfield.

Learn more about Iby and her story here: ibyknill.co.uk/index/

For more information about the "Through Our Eyes' exhibition visit: holocaustlearning.org.uk/visit-us/

A pinnacle institution within Kirklees’ arts realm, Musica Kirklees has been at the forefront of building a musical blueprint within the area for the past 28 years. KLTV’s Dan Antunes sat down with Ceo and Principal, Tom Meredith, to discuss the future of the organisation, it’s role in nurturing young talent and how it plans to move with contemporary tastes as well as much more. ... See MoreSee Less