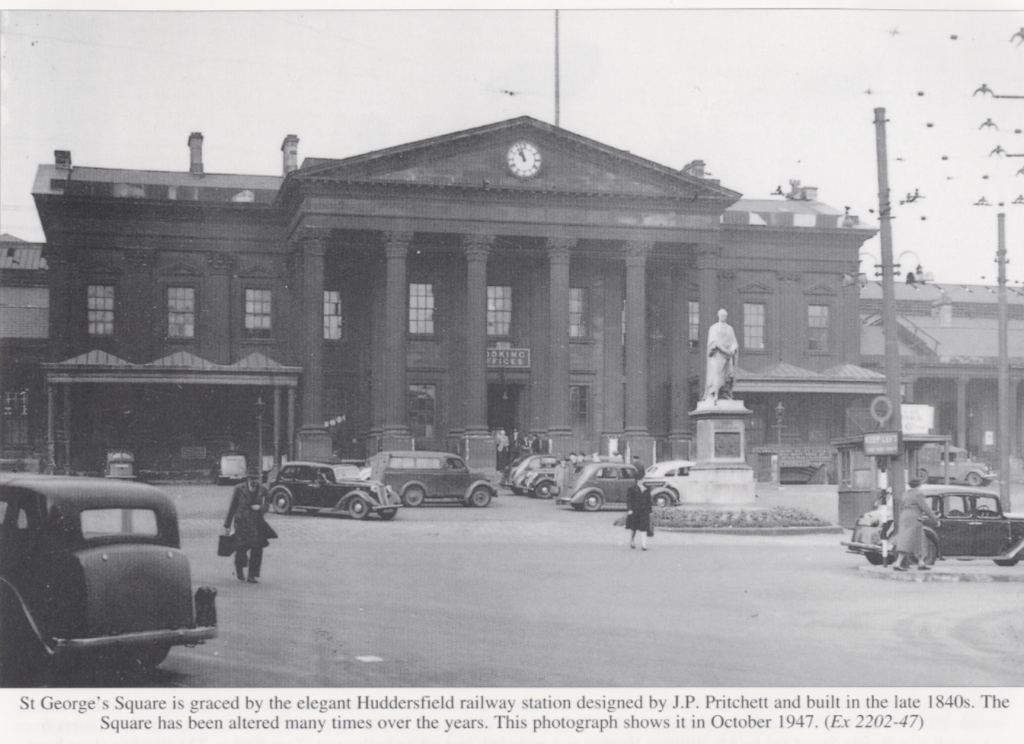 Huddersfield Train Station in the past and how its changed.

Huddersfield Train Station is one of West Yorkshire’s most amazing pieces of architecture, the exterior of the building remaining almost unchanged since its construction in 1847. Its Neoclassical design makes it a unique building to look at, its Corinthian style pillars giving it a grand and almost ancient feel.

The station was constructed by two rival train companies in 1850. The rivalry went was far to create two separate ticket offices at each end of the building as well as separate restrooms for first and second class.

After historical appraisal evidence of a fireplace in the first class lounge, ornate floors and a whole maze of rooms in the basement of the building that haven’t been used for decades.

As for St Georges square at the building’s front, there have been some very drastic changes to the area over the years. Originally the square was used as a turning circle for the tram system in Huddersfield before it was scrapped for the arrival of trolleybuses in 1937; cars and buses using the square until it was made pedestrian only. The centre’s statue originally was of Sir Robert Peel which was removed in 1949 due to wear and tear

Both the square and the train station are a brilliant representation of Huddersfield’s past and how important public buildings are, the station now listed as a Grade 1 protected building. Appreciation of historical buildings like this is important, especially when taking into account the legacy we leave in the form of our current architecture in Huddersfield town centre. 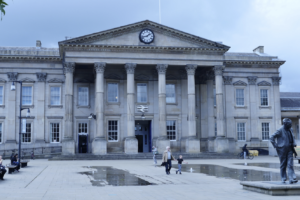