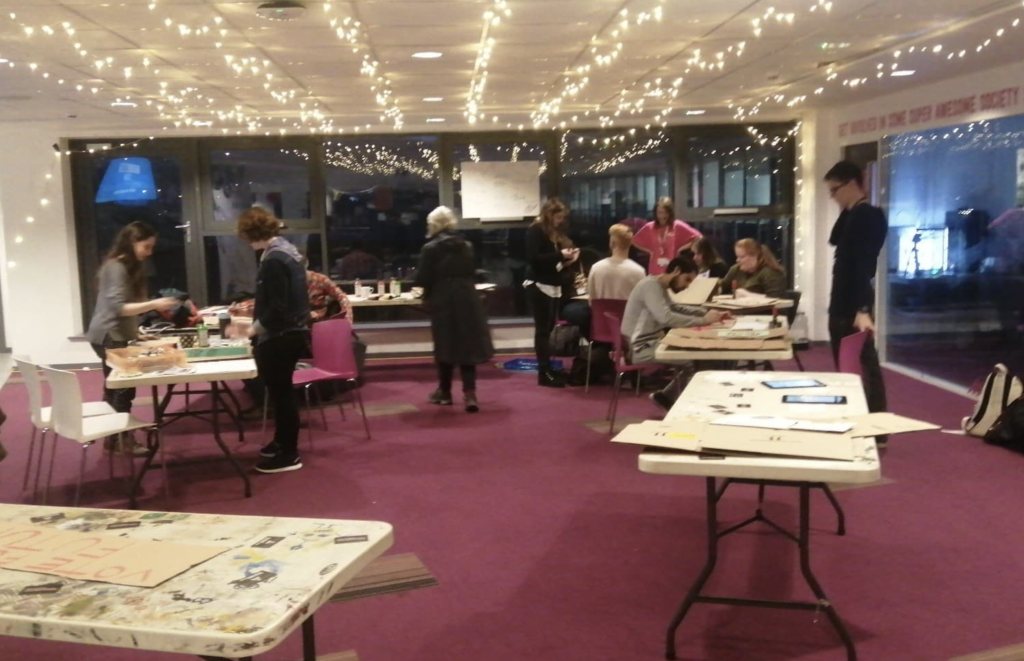 Huddersfield Youth Strike Planned for 29th Ahead of General Election

With one of the most impactful UK elections on the horizon, Huddersfield’s youth is striking to make sure that the climate emergency is at the forefront of party agendas.

Taking place on the 29th of November outside Huddersfield bus station, the emphasis on promoting a Green Friday, instead of a black one, will see Youth Strike 4 Huddersfield rallying to make a stand on climate issues and reinforce Kirklees’s stance on the climate emergency.

With all political parties being invited to talk about what they’ll be doing to ensure a viable future for our youth, the strike will allow politicians to make climate pledges as well as answer questions from the public at hustings. Intending to create an active dialogue between the government and the public, the impact of climate change needs to be actively addressed in the wake of the IPCC giving us a 12-year time limit to make major changes in the way we treat our planet.

With signs such as flooding in Europe and an increase in forest fires, Ben Flexen, one of the key organisers of the strike, emphasised the fact that climate issues are not only a first world problem as it is ‘‘‘already displacing millions of the world’s poorest people”.

Focusing on sustainability, in an effort to contrast Black Friday’s consumerism, stalls for swapping goods and ideas will also feature in an attempt to educate people as to how they can reduce their wastefulness.

Echoing these sentiments youth striker Laura Tarlo-Ross expressed dissatisfaction with corporate greed over renewable systems stating a need for “a society based on sustainability and compassion, not an economy based on profit.”

Mirroring this frustration fellow youth striker Kate Govern detailed how with many teenagers not being “old enough to vote in this election” the importance of pushing to get the right politicians elected in December “will have a huge impact on [their] futures and the survival of humanity”.

With a placard workshop having led up to the event to incentivise people to get involved in a creative way as well additional calls for a televised debate on climate stances by the youth network and factions like friends of the earth, the importance of this strike is more prevalent than ever.

‘People of all ages are welcome to attend and support the young people at the rally which starts at 12 noon. Attendees are invited to come wrapped up in their brightest hats, scarves and umbrellas. The event will also include music, poetry, art and inspiring speeches.’