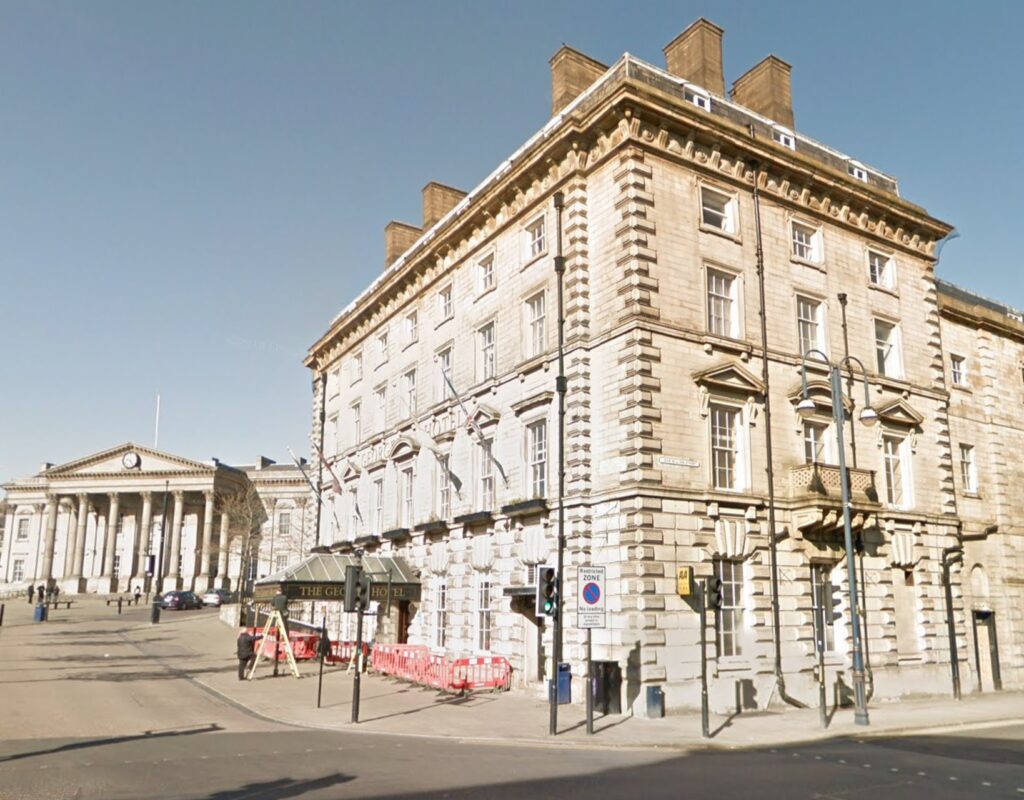 The George Hotel will officially be the home of a brand new museum dedicated to Rugby League, it has been announced.

Kirklees Council announced today (June 24) that they have won a bid to create a National Rugby League Museum in the Huddersfield hotel where the sport was born 125 years ago.

The announcement comes after a successful bid to the charity Rugby League Cares to bring the museum to the Grade II-listed Victorian hotel.

Last week, Kirklees Council’s Cabinet approved a deal to purchase the George Hotel, which is famous for being the birthplace of rugby league in 1895 – this will be completed in the coming weeks.

The hotel itself was built-in 1851 and has been chosen as the venue for a new National Rugby League Museum.

When the Council launched its £250 million Huddersfield Blueprint vision in June 2019 they included an ambition to bring the George Hotel back into use, as it has been closed since January 2013.

The George Hotel will be part of a revitalised St George’s Square which aims to include a revamped train station, improved public spaces, and more of the surrounding heritage buildings being brought back into use.

The council will now work closely with Rugby League Cares to create the museum.

Kirklees is also one of the hosts of the Rugby League World Cup 2021.

The tournament begins in October 2021, with the Men’s Quarter Final being played at the John Smith’s Stadium, Huddersfield.

“We asked our residents what they wanted to see in Huddersfield Town Centre and one of the most popular answers people gave was to get the George Hotel back open.

“We listened and made the decision to buy the building so we can make sure it not only reopens but stays open.”

Cllr Pandor added that they were aware of how much the building means to local people and to rugby league fans across the world.

He said: “This is where it all began for rugby league and there is no better place to create a museum that celebrates and remembers the history of the game.”

Work on the hotel is expected to begin very soon as Kirklees is one of the hosts of the Rugby League World Cup next year.

The tournament begins in October 2021, with the Men’s Quarter Final being played at the John Smith’s Stadium, Huddersfield.

Councillor Peter McBride, Cabinet Member for Regeneration, said: “This is our biggest step towards delivering our Huddersfield Blueprint vision yet.

Cllr Mcbride added that since the announcement of the councils plans to bring a Rugby League Museum to Huddersfield, they have received a huge amount of support from all over the world.

He said: “It is the birthplace of the sport and it’s really important that we cherish that.

“Huddersfield and rugby league have a very special bond, and we know that rugby league fans from all around will be delighted at the prospect of visit the museum.”

Tim Adams MBE, the Chairman of Rugby League Cares, echoed the councillors’ statements, saying: “I am sure everyone in the sport will welcome this decision to establish the National RL Museum at the George Hotel.

“The museum will tell the wonderful story of a sport that remains as important to the communities in which it is played as it was in 1895.

“We are looking forward to working with the members and officers of Kirklees Council to develop a museum that will be the envy of sports around the world in a location that means so much to so many people.”

Mr. Adams extended thanks to all the other centers who expressed interest and emphasised that decision on where to build the museum was not made lightly.

He added: “The interest shown is a testimony to the prestige that comes with being the home of the National RL Museum, and ultimately acknowledges the importance of the George Hotel to Rugby League.”

For more information on the Huddersfield Blueprint, artist impressions and a fly-through video can be viewed on the Kirklees Council website.

KLTV
Previous post Disadvantaged Children in Kirklees to Receive Laptops to Support Their Learning Next post The Corona Class of 2020: What now?