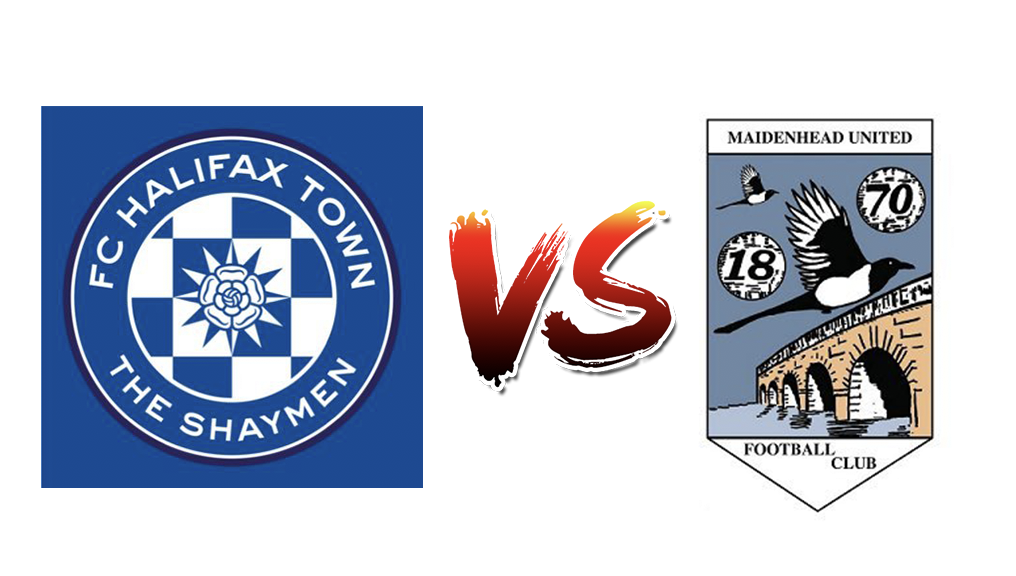 The Shaymen complete the double over the Magpies at the Shay.

Off the back of the ‘Big 40’ celebrations earlier; an event held to commemorate forty years since the club’s most famous ever victory Town turn in a five-star display. On the 5th January 1980 thanks to a goal from Midfielder Paul Hendrie Halifax defeated First Division Manchester City 1-0 at The Shay. Indeed, eight of the starting eleven (former Huddersfield Town players John Kilner and Kevin Johnson among them) were in attendance along with family members of the now-deceased Manager George Kirby and also former Huddersfield Town man Mick Kennedy.

The majority of supporters speculating mid-week about the inclusion to the starting line-up of the returning Devante Rodney for the rest of the season.

Would he replace Tobi Sho-Silva? A man who scored a goal and set up the other in the club’s impressive 2-1 FA Trophy 2nd Round victory the week previous at Torquay United?

Will Jack Redshaw lose his place to his former Salford City colleague? Is the livewire striker having worked his way through his injury woes to produce some simply incredible performances these past six weeks?

It was to be the former Charlton Athletic man Sho-Silva to make way. Listed on the team sheet as number 39 Rodney stepped out for his second debut as 35. The early exchanges saw an albeit mainly comfortable Shaymen side hit it long via centre backs Matty Brown and Nathan Clarke to Rodney.

It garnered mixed results, but the 3-5-2 formation formulated by the club since the shock 5-1 loss at Stockport County on Boxing Day remained effective.  Wing Backs Danny Williams and Jeff King pushed up to halfway as often as they possibly could with Josh Staunton looking like Zinedine Zidane if only in appearance for now playing the more attacking role with Charlie Cooper sitting deep in midfield.

It was to be Cooper who opened the scoring in the 31st minute. Good work out wide on the right by Rodney saw him cut into the box driving a stinging ball that found its way out to the former Forest Green man just into the middle left of the box who took it on the half volley to smash it past Ashby-Hammond in The Magpies goal.

The game approaches half time

The Shaymen found themselves more in their own half as the first period entered its closing stages. A high-and-wide shot were all Maidenhead had to show for this however until that final minute. A needless foul by Jeff King out wide on the right of the Town box presented Maidenhead with a way back into the game and they took it. The ball whipped in and met by the head of Upward for the equaliser.

The game was a stalemate for The Shaymen for most of the opening quarter of an hour of the second half. Town having to weigh up the way they defend and go into a tackle as Referee Thomas Parsons had demonstrated first half he was inconsistent in his calling of challenges. Maidenhead appeared to feign injuries from tackles at regular intervals, so Town had to keep cool heads all-around at their supposed injustices.

That man Rodney again and Zinedine Zidane in the flesh!?

Like all talented players of any sport at any level, it only needs a spark to light the genius fuse. On the turn of the hour, a fabulous ball by Jeff King out Rodney saw a turn and pace to beat his defender. The United man keeping up with Rodney via the aid of little tugs of the shirt but alas, to no avail. Squaring the ball across goal Jack Redshaw said ‘thank you very much’ to tap in from Rodney’s individual brilliance. Redshaw in celebration ensuring all adulation was directed at his colleague.

Six minutes later it was Rodney who made it 3-1 cutting into the box and firing a low shot at goal, it was heavily deflected by Magpie Ofori-Twumasi to wrong-foot Ashby-Hammond.

Rodney receiving a standing ovation seconds later as he made way for Jamie Allen. The ‘new’ rule of substituted players exited the field of play via the nearest touchline affording the hitman closer applause as he passed both the South and East Stands.

Soon after Midfielder Josh Staunton not only had a likeness to the legendary French-Algerian Zidane but produced a move the current Real Madrid Coach would have been proud of. Twisting, turning and roulette-wheeling in the box Staunton beat three of four Magpie defenders before missing out on getting that crucial shot away as it hit a player and was deflected away from danger. His endeavour deserved more.

Maidenhead were a beat team and Town continued their dominance and in the 83rd a minute a slack pass in the Magpies box was seized upon by Allen who slotted under the goalie to make it 4-1.

Goal number five followed moments later. Staunton attempted a cross-come-shot from the left of the box which was heading into the path of Tobi Sho-Silva, a 76th minute sub for Jack Redshaw. It was cut out, but only as far as Duckworth on the edge of the box who volleyed past a helpless Magpie goalie. A forward cartwheel into a backflip the celebration to cap off a fantastic second half for Halifax.

Maidenhead scored an out-of-this-world consolation, but it was just that. Through gritted teeth; the actual goal of the day.

The Shaymen now back up to 7th and into those Vanarama National League playoff spots. The title has now more than alluded them surely, but those other top six places are still more than up-for-grabs. On a day where Town scored five (like the date) and the attendance was only one higher than the 1980 year of that famous upset (1981) surely those ex-players in the hospitality had a wonderful day all round.