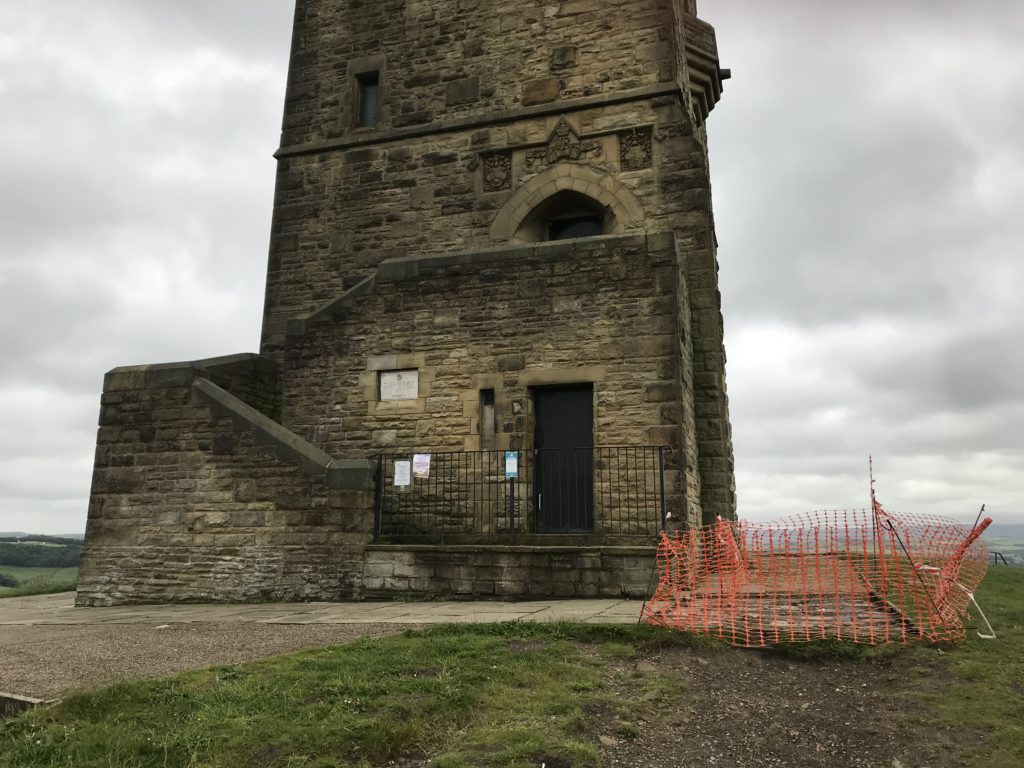 Public calls for night closure of Castle Hill after theft

Flagstones at the base of Victoria tower have been torn up and stolen causing the public and rangers to call for the site to be locked up at night.

The Iron Age Hill fort has seen a lot of movement over the past few years, once home to the Castle Hill Hotel which was demolished in 2003. Since then only Victoria tower remains as a standing monument along with markings of the 4,000 year of fort which once stood there.

This incident was reported to the police on Wednesday night, the flagstones lifted from the path surrounding the 122 year old tower.

Proprietor of Huddersfield based PG & Son Stone Sales Ian Gledhill, valued the flagstones at £60 to £80 per square yard

“Castle Hill is a target because it’s secluded and dark.”

“A lot of it is stolen to be sold online and taken down south.

“Honest reclamation yards won’t accept it without asking for identification. A lot of these thieves know each other.” 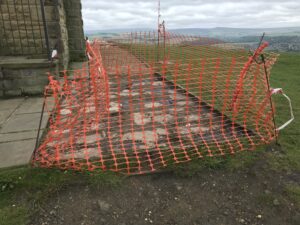 Over the last few years Castle hill has had a lot of problems with vandalism, just last year dealing with Nighthawks. These thieves have dug up several areas of Castle hill attempting to find Iron age artefacts such as coins, leaving holes across the National Heritage site.

In 2009 West Yorkshire police stated it would increase patrols around the hill.

A Kirklees Council spokesperson said: We can confirm that a number of stone flags have been stolen from Castle Hill.

“This is absolutely disgraceful and we will be working closely with police to catch those responsible.

“Thieves should know that we mark these flags with invisible ink so we’ll be able to identify them very easily.

“Castle Hill is a beautiful and iconic place which Kirklees is incredibly proud of and it’s really disappointing that selfish people can show such disrespect in this way.

“It’s a shame that we feel the need to have to do this, but we will look into the possibility of increasing security at the site.” 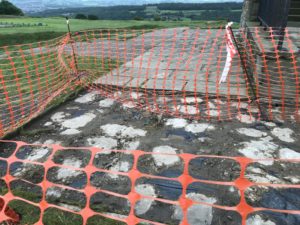