A squad of ordinary young men from the West Yorkshire region are set to don their studs this Spring for a football match with a difference. The amateurs might know a thing or two about the beautiful game, but it’s the first time they’ve collectively tried to raise £10,000 for charity.

The fixture in question will take place at The MBI Shay Stadium in Halifax on Saturday 20th May, and the local lads won’t be alone when they take to the pitch.

The line-up will also include a hat-trick of Huddersfield Town greats Junior Mendes, Andy Holdsworth and Tony Carss, each keen to do their bit for ‘The Match 2017’.

The sporting event is the brainchild of Lindley man Dave Learmont, founder of Coaches Club, the grassroots football coaching specialists. And the charity set to benefit from this family fun day is one of the most deserving in the county – the Yorkshire Air Ambulance. 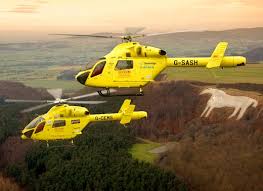 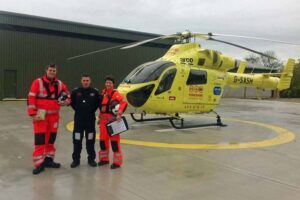 It costs £12,000 per day to keep the two renowned yellow helicopters in the air, and the organisation relies entirely on donations to keep saving lives. So, given the unswerving efforts the rapid response air emergency service has gone to, in order to help players and referees when they’ve been in times of need, the charity was an obvious beneficiary for this fundraising extravaganza.

But now the players and Town legends are appealing for members of the public to show their support, and buy tickets for the game. Available at £10 for adults and £5 for children, the aim is to provide a fun, low-cost day out for all the family. Pre-match and half-time entertainment – as well as a couple of extra special guests – will be revealed over the coming weeks.

Commenting on the launch of the event, Dave said: “Young football fans, and the game itself, can often get a bad rep, but The Match is a testament to the passion that exists in so many young people throughout the grassroots community. We’re training hard to put on a good show, and will be taking part in a number of challenges over the coming months to win the chance to ‘sign’ the professionals onto our teams.

“I hope the local community will get behind us and show their support for a really worthwhile cause.”

With all event costs covered by Coaches Club and the players themselves, 100% of the money raised on May 20th will go into the charity coffers. All tickets must be purchased before the game, via justgiving.com/teams/coaches-club. Further information and updates about The Match can be found at The Coaches Club website, and on Twitter, @cccmatch. 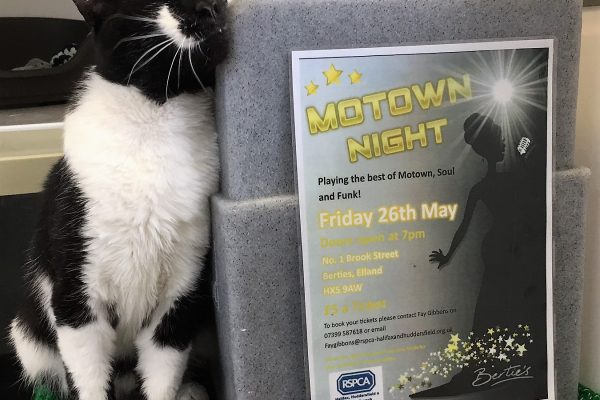 TWIST THE NIGHT AWAY AT THE RSPCA HALIFAX AND HUDDERSFIELD’S VERY FIRST MOTOWN NIGHT!

Members of the Huddersfield Choral Society will emerge from amongst the shopping public to perform a flashmob, accompanied by solo trumpet. ... See MoreSee Less

At the White Rose Centre on Saturday 25th January there will be a rumour of angels at 2.00 and 3.00. Members of the Huddersfield Choral Society will emerge from amongst...
View on Facebook
·Share

“There is definitely an element of risk to this, but that can be managed, and I firmly believe this is the right direction for the Club to go in.” – Dean Hoyle (Former Terriers Owner speaking on the appointment of Wagner).

We take a look back at David Wagner's Tenure as Huddersfield Town's Head Coach.