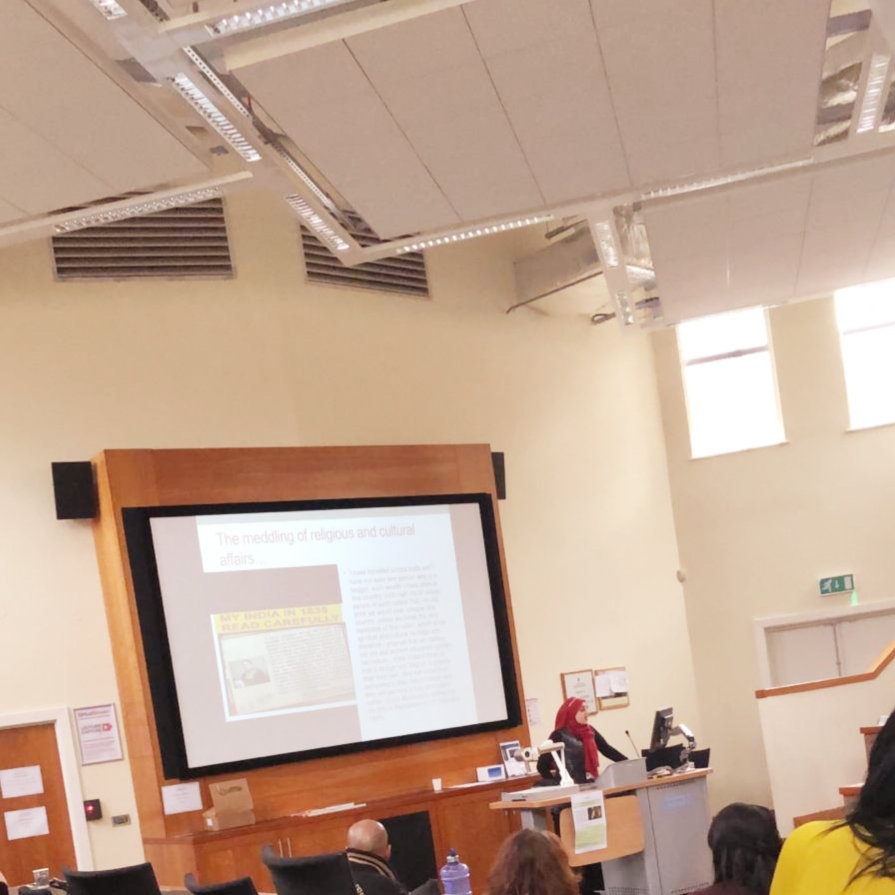 Understanding each other will encourage mutual respect

I recently delivered a talk at The University of Huddersfield. I spoke about ‘integration’ and the relationship between indigenous people and ethnic minorities. The Cambridge English definition states that integration is ‘to combine two or more things in order to become more effective.’ Therefore, if people try to understand each other, surely this will encourage ‘mutual respect’.

When considering the need for commonwealth citizens who first arrived in England to ‘integrate’, it is important that we consider what they lost at the hands of colonial powers before arriving in the UK as I often hear people say ‘they’ve come to our country so they must learn our ways and integrate.’

I have been learning about my ancestral lineage in order to better understand British/South Asian connections. I have read many books and journals that consider the economic degradation of India or the destruction of the natural forests due to colonisation for example, but how often do people consider the cultural loss of a nation?

The biggest grievances against the East Indiana Company, was the attack on their religious and cultural heritage. So, why is this relevant now? Well, just because the British Raj left the country does not mean that the ideology of the colonisers changed. Ideological racial superiority agendas pushed via educational institutions aimed to indoctrinate children into thinking they were racially superior and that the ‘other’ needed civilising or ‘saving’.

When the first generation stepped into England, this agenda was being pushed through institutions, not allowing indigenous children in England to appreciate the cultural heritage of the ‘other’.   When I talk about colonisation, I am not saying every English indigenous person today needs to be held accountable for the mistakes of the British Raj, that’s absurd. I’m assessing the impact of colonial rule on the commonwealth citizens in England who arrived from South Asia.

Through research, I have learnt that it was the result of colonial ideology that has led some people, (not all) to feel they are racially superior and this leads to a belief that the ‘other’ must learn their ways and ‘integrate’. However, ‘integration’ will be more effective if people are willing to learn about each other.

Sometimes it is necessary to have difficult conversations in order for us to understand the routes of problems. Ignoring them because they do not directly affect us is dangerous because when we have bigger problems in society, it affects us all. In the end, we have to understand each other to live cohesively and that can only happen through honest and open conversations coming to the ‘table’ with an open heart and open mind!