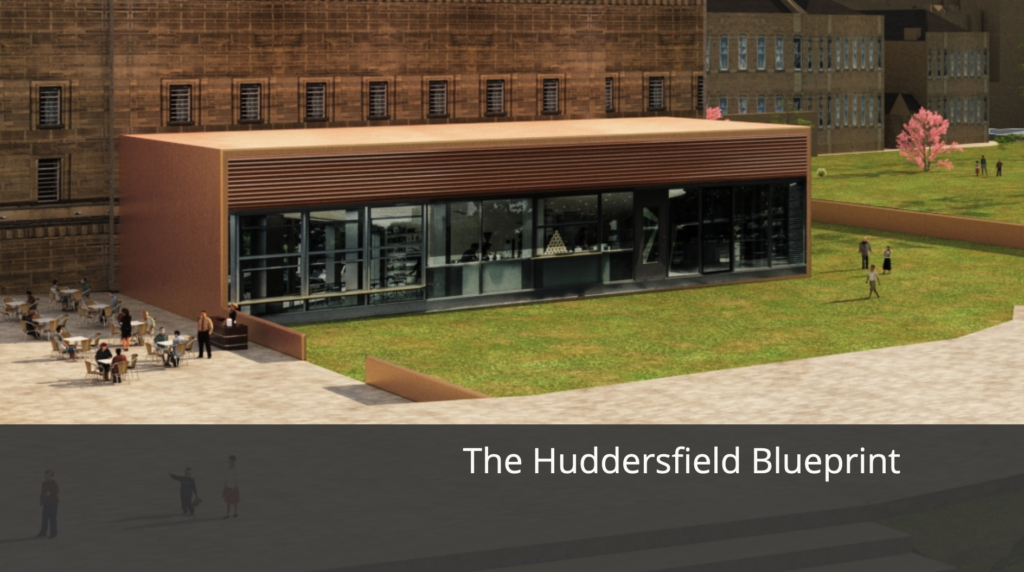 Piazza could become ‘cultural heart’ of Huddersfield, but what will happen to the shops?

Kirklees council has planned to tear down the Piazza which was built around 50 years ago on top of Huddersfield Market Hall. The area has been marked to become the cultural heart of the town, hosting local artists and cultural workshops.

Council chiefs have said they are enthusiastic and want to get work underway very quickly, although no timescales for the piazza’s demolition have been given or when traders will be moved out of the complex.

Most of the stores have not even begun to speculate where their stores would move to or if they would leave Huddersfield town centre completely.

Some of the biggest names on the Piazza include WHSmith, USC, Thorntons, Bodycare, Toyland and Superdrug.

A Bodycare Plus spokesperson has said: “We cannot comment at this early stage regarding our future plans.”

Ferrero has confirmed there wouldn’t be any changes to their store due to the changes in the town centre.

The revamp to what has been called ‘the Gateway to Huddersfield’ has included a restructuring of shop fronts around the train station, build a new nine-screen cinema into the Kingsgate centre and the demolition of the piazza.

Overall ‘The Huddersfield Blueprint Scheme’ will cost around a quarter of a billion pounds.

Clr Peter McBride, the councils Cabinet Member for Regeneration, said the plan is “bold and ambitious” and that “The feedback we’ve received from residents, local businesses and organisations already has been overwhelmingly positive.

“The Piazza and Queensgate areas are key parts of these plans and will be home to the new Cultural Heart.

“We have bought the Piazza Shopping Centre and our plan is to demolish these buildings to create a large, family-friendly open space for people to gather – the new Town Park.

“Before we announced these plans, we contacted traders currently occupying buildings in the Piazza Shopping Centre and informed them of our intention.

“The council will act as landlord to these traders for the remainder of their leases and we will then go out to tender to bring our plans to life.”

KLTV
Previous post Feature: Embracing Diversity in the Classroom Next post HPV vaccine to be given to boys could prevent “thousands of cancers’