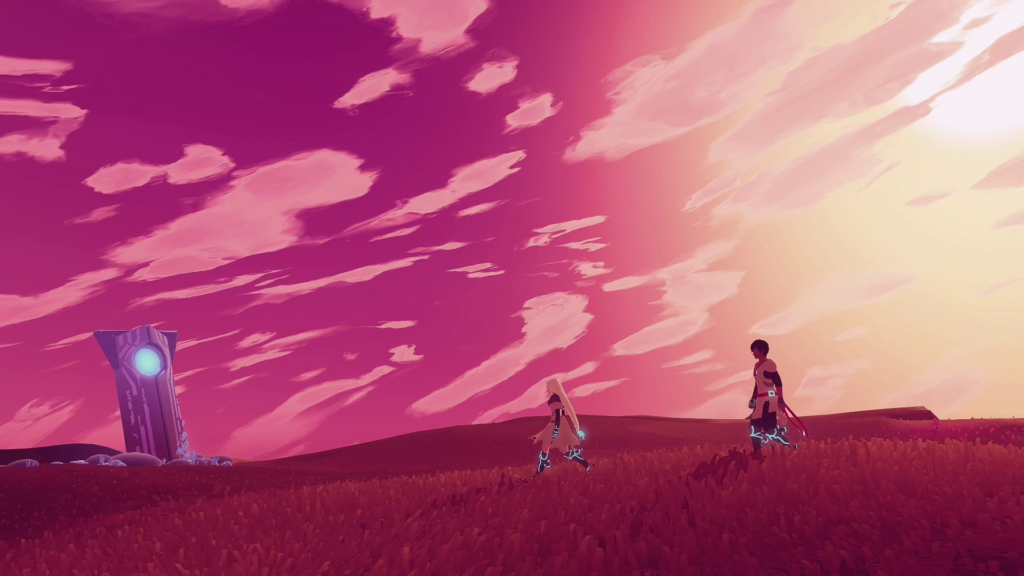 Kirklees Gaming Central – Haven Preview: A Match Made in the Stars

Haven is an upcoming game that was announced in early 2019, the game is being developed by The Game Bakers who are the creators of the game Furi, which was met to critical acclaim. When the game was first announced, all we knew was that it was an RPG about a pair of lovers on a lost planet, in which you play as both characters on the same controller as well as a two-player coop and that you must stay together. But since then we have received more information, however, we are still in the dark about many things.

The description that was left on Steam about the game was that Haven is a story-rich adventure that has touching characters you will fall in love with. You will follow them as they go through everyday life and the challenges that come with it. It is an RPG that has an innovative combat system that allows you to play two characters at the same time. You will be able to chain their actions using tactics and timing.

The description on Steam talks about the colourful and very dreamy art direction that is full of life with the game light take on science fiction. It also spoke about how the game comes to life with the electro soundtrack by Danger. Players will be able to feel many things from these soundtracks from the calm sunny mornings to the tension of the mountains in the dead of night. The description stated that at the core of the game, it is a solo game. However, a second player can jump in and join at any time and they can share the moment of exploration and progression.

On July 9th, 2019, The Game Bakers released a gameplay trailer for Haven. The trailer showed us many things from the explorations to the combat and the romance between the main characters Yu and Kay. but despite them finally giving us a real taste of what is to come we have no clue what the game is about. Why are they on that planet? Why are they in danger? There are still many unanswered questions, but we will receive answers in due time.

Based on what we have seen and heard, I am looking forward to the game. We will get to see the main characters, talk, relax, explore, fight, and discuss their troubles. Many may find this mundane, but I feel that this will lead to a very heartfelt and story-rich experience.

During a blog post on their website, The Game Bakers described that Haven is a completely different pace from other titles and it will be suitable for all players to enjoy. They spoke about how exploration is key in this game and that it will give the player a “thrill, serenity and satisfaction.” They described the game as having a “sensual rhythm” and that there is no real stress on the players during combat.

The story itself is about two protagonists, and they are called Yu and Kay. You will play as both these characters at the same time while you eat, sleep and explore with them. The blog posts on their website have also said that for the dialogue option you have in the game, what you choose will affect what you learn about the story and that they may have long term consequences.

The game itself has many features that players will enjoy, this includes the fact that you play as two characters at the same time on opposite sides of the same controller or with a friend. You will glide over the grassy plains and you will gather and clean the rust as you explore the planet.

You will get to fight with both characters in real-time and you will improve your tactical sense as well as your timing. You will enjoy the sage of the two lovers as they try to stay together against all the odds. The couple will have many interactions that will be treated with maturity and humour.

Altogether from the details that have been listed, it sounds like a game that The Game Bakers have put their heart and soul into. There are still many different things that need still need to be addressed as we have only seen the tip of the iceberg. So, I don’t know about you, but this is one game I am looking forward to. Haven is slated for a 2020 release on Steam, Xbox, Switch and PS4.

You can check out gameplay from Haven below.